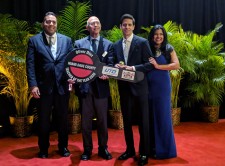 MIAMI, February 4, 2019 (Newswire.com) - Oliver Diez, a music teacher at Palmetto Elementary, received the honor of being the Miami-Dade Teacher of the Year. For his excellent work with Miami students, Diez takes home a reward of $5,000 and a new Toyota, courtesy of Kendall Toyota.

Diez has spent his entire career building what is now one of the most prestigious elementary music programs in Miami. His strategy is simple: introduce his students to music at a young age, as early as 6 years old, and foster a love for music that only grows over the years. This strategy has proven to be quite successful as many of his students even elect to join the before- and after-school music programs.

District officials explained that: "He does not allow age to hold a musician back from pursuing and unlocking their limitless potential. Diez's contribution to his community goes beyond the walls of his classroom." As a matter of fact, his fourth- and fifth-grade students are even invited to perform at Carnegie Hall in New York in March, and they are the only elementary school band that's invited.

Oliver Diez will also advance to the state-level Teacher of the Year competition held in the summer where he will compete with teachers from the other 73 Florida district teachers of the year.

Kendall Toyota is proud to give the Teacher of the Year a new car. It's the ninth year the Miami car dealer has participated in the ceremony. Pictured below are all of the finalists for the award. 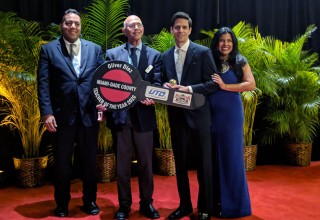 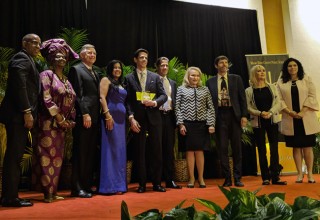 Get notified about new releases.